Batter up! Canadian man can only get sexually aroused with the help of this very specific baseball scenario

Growing up, I loved baseball more than almost anything in the world. But, then I grew up, started to become interested in girls and baseball took a backseat. Apparently this guy still has baseball sitting shotgun, with his girlfriend sitting in the backseat.

RELATED: At one university in Newfoundland, study rooms ended up being used for more than just studying

In a recent issue of the Toronto Star, in what appears to be a dating advice column, a man wrote in explaining that he can only get sexually aroused by the thought of a specific baseball scenario, in which the home team is walking off in the bottom of the ninth on a steal of home plate with two strikes on the batter. 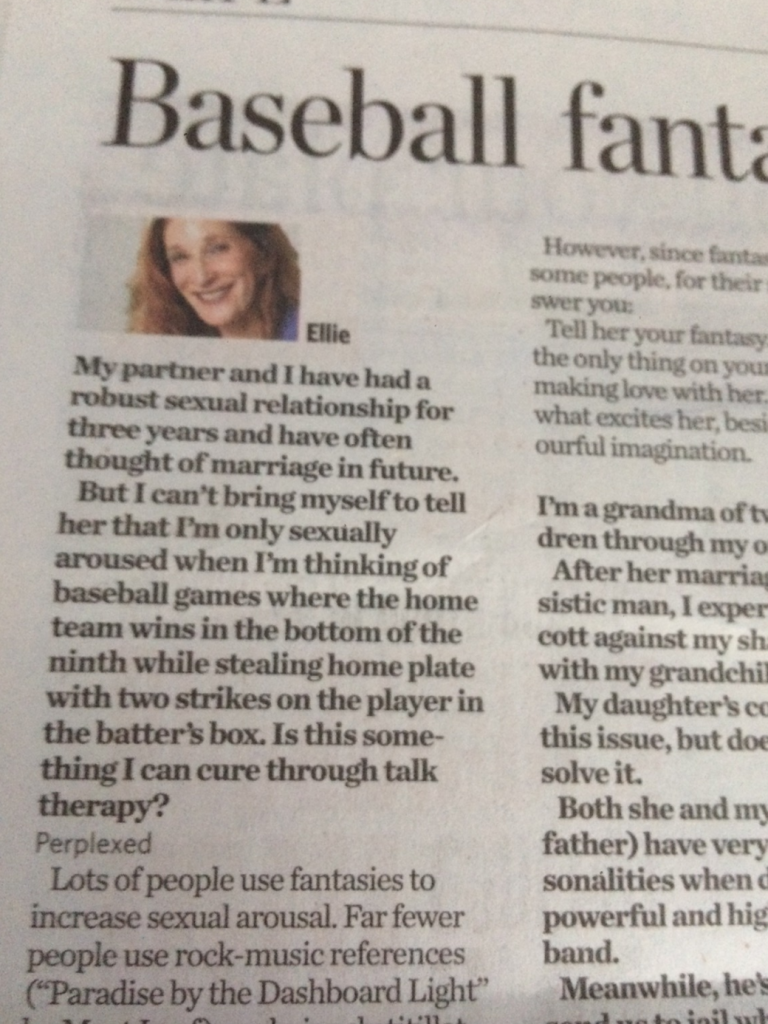 There’s no way this doesn’t drive this dude’s girlfriend crazy. Let’s just say, we wouldn’t be surprised if he’s struck out with her on multiple occasions.